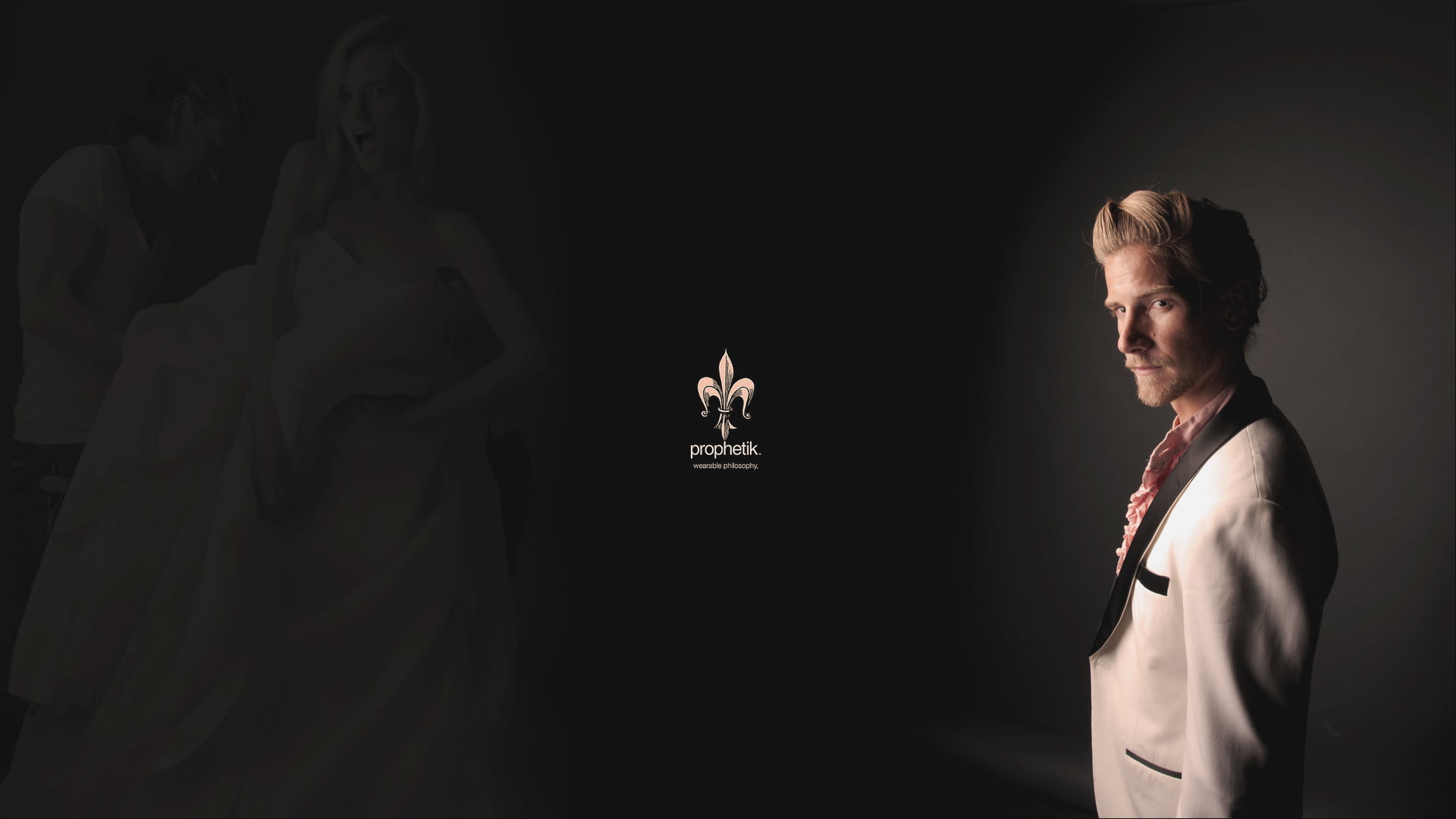 This week, we want to share with you one of our favorites in terms of fashion and eco-chic positioning: Prophetik, a couture line made in USA.

Prophetik was started by Jeff Garner—young and blonde with that Southern je ne sais quoi—who gets his inspiration directly from the South; more precisely from a particular period in his birth region’s history: the Civil War (in the 1860s).

That inspiration gave birth to a look that is chronologically non-linear. It brings together military influences from post-colonial America and more modern elements: a lighter feel, more fluidity.

Prophetik is characterized by the search for that XIXth century feminity, as well as the Southern gentleman look: two identities with a deeply rooted interest in the art of seduction.

For his fabrics, Jeff Garner uses organic cotton and hemp.

To create his colors, he has also decided to go plant-based. For instance, he uses marigold, indigo and other tinctorial plants, which he grows himself in his home state of Tennessee. The fabrics are dyed manually in color baths, inside his workshop.

In addition to reducing his footprint on the planet as much as possible, Jeff Garner goes a step greener with upcycling (understand recycling in which the object ends up with more value than it had before it was disposed of).

With Prophetik, Jeff Garner has become a regular at London Fashion Week.

This site uses Akismet to reduce spam. Learn how your comment data is processed.